In times when even food was difficult to find, I had everything. I had a beautiful apartment, cars, chocolate, caviar, expensive cognac. My daughter had servants, diplomas, used to wear beautiful clothes, she was a spoiled young woman.

I was beautiful and attractive and men gave me everything I wanted. I enjoyed life, parties, good food, good music, making love. I enjoyed traveling and being the therapist of the communist leaders offered me the opportunity to travel in all East Europe when average people had to wait for years to receive a passport.

I was also in Romania, your country, and I didn’t like at all what I saw. I was there in ’79 and people were so poor. There were so many beggars on the streets, people were so unhappy and they were living in this sorrowful atmosphere that I didn’t like. I think Romania was the poorest country I’ve ever been to. Stalin did a lot of horrible things to  the intelligence of Russia, but at least he took care of his people. Ceausescu cared only about himself. I had a really good and wealthy life in the communist Russia.

Since I was very young I knew that being beautiful means power. When I was 16 I bet with my friends that I would marry one of my professors from the medical school where I was studying. There was this handsome man around 36 years old teaching physics that all my class mates were in love with. All of them wanted him. For me was just a challenge, a bet. I wanted to show the other girls that I could have him if I want to and I had him. I remained pregnant with him when I was 17 and I married him. I was horrified of what would happen if I would have a child without being married, of my parents, of what the community would think about me. I was afraid of being rejected. You know what mentality Eastern Europe has. They like to put their noses in other people’s affairs, they like to gossip, to control everything. I loved children and I didn’t want to have an abortion, so I married this man I didn’t love. Fear pushed me into this marriage. And maybe also karma.

With time I started to hate him. He was this brutal and cold person, an introvert that didn’t know how to show his love. Most men didn’t know how to act with women, they didn’t know anything about the sacredness of sex. For them sex was just an animalistic pleasure. I was so young and full of live. I used to go to a lot of parties with my girlfriends, to come home late, to drink and to smoke, to spend money on clothes. I was so bored because I didn’t work and staying home with the child was killing my spirit. I was an active person. So I had guests all day long, I went out a lot, I partied and enjoyed life. Sometimes, when his helplessness of controlling me didn’t find any other way of expression, he was hitting me. I was trying to stay away of my husband as long as possible. I hated him and his way of being, his way of making love and the fact that he was so fertile that I was pregnant once in every 3 months. I did a lot of abortions. His mother was a gynecologist and she was helping me to get the abortions. We knew nothing about contraception in that period. Talking about sex was a tabu. We had to find a way or another by ourselves when we were in this kind of trouble.

At a point I couldn’t handle it anymore and I’ve got a divorce. I told my parents I would hang myself if they don’t receive me back. They did. At that point my life changed. I wanted a job so I dressed up, I put some high heels and I went to this hospital to apply for a job. I had my medical studies finished when I daughter was 3 months old and I had a lot of confidence in myself. After the interview the head doctor told me that there are other 40 people that want that job, but he likes me very much, so he would give it to me.

I became the star of the hospital because of my beauty and because I liked to be fashionable and I didn’t mind all the attention. When I applied for this job I didn’t know that this is the hospital where all the communist leaders went to cure. I was an nurse there and soon they started to send me in the communist’s leader’s houses when they needed me.

I started to have lovers between them. Some of them were really nice and romantic with me. I remember this guy that had the most important position in the city at that time treating me like a queen, offering me flowers with music on background, preparing a huge bathtub for me. He gave me an apartment that I still have in Russia. Actually my ex-husband has it. He took it at the divorce. This man was very nice and tender and we had a beautiful affair that last almost 6 months. After that his wife got sick and he ended it for spending more time with her.

I never wanted to break families, couples, to cause pain. I was never the one that made the first step in this affairs. I knew how to keep my affairs secret and how to be discreet and  still enjoy everything. Discretion was very important in that time, especially when one was working with communist leaders.

Until I got married again, I had only this kind of lovers. All of them were attracted to me. I never tried to charm them. Things were just happening naturally. The luxury and all the expensive things came also naturally after that. Because they liked me and because it was important that I was happy and silent.

At a point I started to take classes of massage. My speciality is the spine. I could tell someone in 10 seconds what problems he or she has with his or her spine. I was good in what I was doing and my position in the hospital became stronger. I had the trust of my bosses and they offered me a job at the hospital of the KGB.

But before, another man came to my cabinet. He had the most important position in the area. He was both my patient and my lover for a very short time. His name was Gorbachev. I remember him and his wife Raisa clearly. He used to tell me that Raisa is his brain. In public he was very nice and full of affection for her, but he cheated on her a lot. And I think she knew, but she didn’t care. Raisa was an amazing woman, very distinctive, elegant and rigid. And she was very smart. She planned all his political moves. They met in college and stayed together since then. He would have been nothing without her. Gorbachev still remembers me. I think I was a good lover for him.

In that time when my daughter used to hang out only with the daughters of important people, I met a man that was a worker. I put him in a good college, he had Raisa as a professor, I gave him a job, offering him indirectly the occasion to leave me. Doing all these things for him grew his ambition. He met the daughter of a ministry from Estonia in a delegation  in Irak for his new job and he didn’t come back home. We had a child together. He never saw his daughter. There is a song related to this break-up that even now makes me cry when I hear it. I really loved this man. I almost committed suicide back then.

After a while my daughter that moved to America helped me to move to Poland. I got married again and I worked for the president of Poland too, but it was not the same thing. In Poland I didn’t have privileges, I just worked like a horse. Things work differently there. I remember all these women in Russia that knew who to attract in their beds and after that they had important  positions. Even nowadays the head of the medical school in Stavropol is a woman whose only merit was that she knew to whom she has to have sex with to receive this job. She was my class mate in medical school.

Communism was a lot about nepotism and abuse of power,  about the killing of the thoughts, but still people had a certain stability.

All my life I had everything I wanted. But there was also a lot of disappointments and suffering. But why to be sad now? Lets’s just be happy with what we have. Lets’s just  dance. Too much nostalgia for a day.

She left me with a big smile  waving her body in the rhythm of the music with a glass of arak in her right hand. Her name is Valentina, she is 63 years old, she was born in North  Caucus, in Stavropol and she is an amazing therapist. She has golden hands and she loves doing massage. People came to her in pain and walked from her cabinet. She is very sensitive at people’s problems and she knows what’s the deeper source of these things. Even if she is retired now and in holiday in Bali, she has her utensils with her. She speaks in Russian with people around here and everyone understands her, because she is very expressive.

There is a lot of life and energy in this woman and she is still beautiful and charming even if she have gained some kilos since she was young. She is feminine and she knows how to show it. She has the power of the woman that knows her value without losing the romanticism of life. She just loves life in all it’s manifestations and she has this love for humanity and a golden heart.

She loves singing and dancing and everyone around here loves her presence. She is learning now how to be the grandmother of a 8 years old boy that was born in Hawaii and speaks only English. She spends her time swimming, teaching local children Russian songs and cooking delicious salads. She really loves food, that is an important part of her life. During the last days she made a new friend, a Russian lady that stays at the hotel next door. Valentina is glad that people from East Europe get close so fast. She is happy that she was born Russian. And I am happy that I met her. 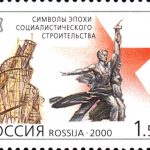