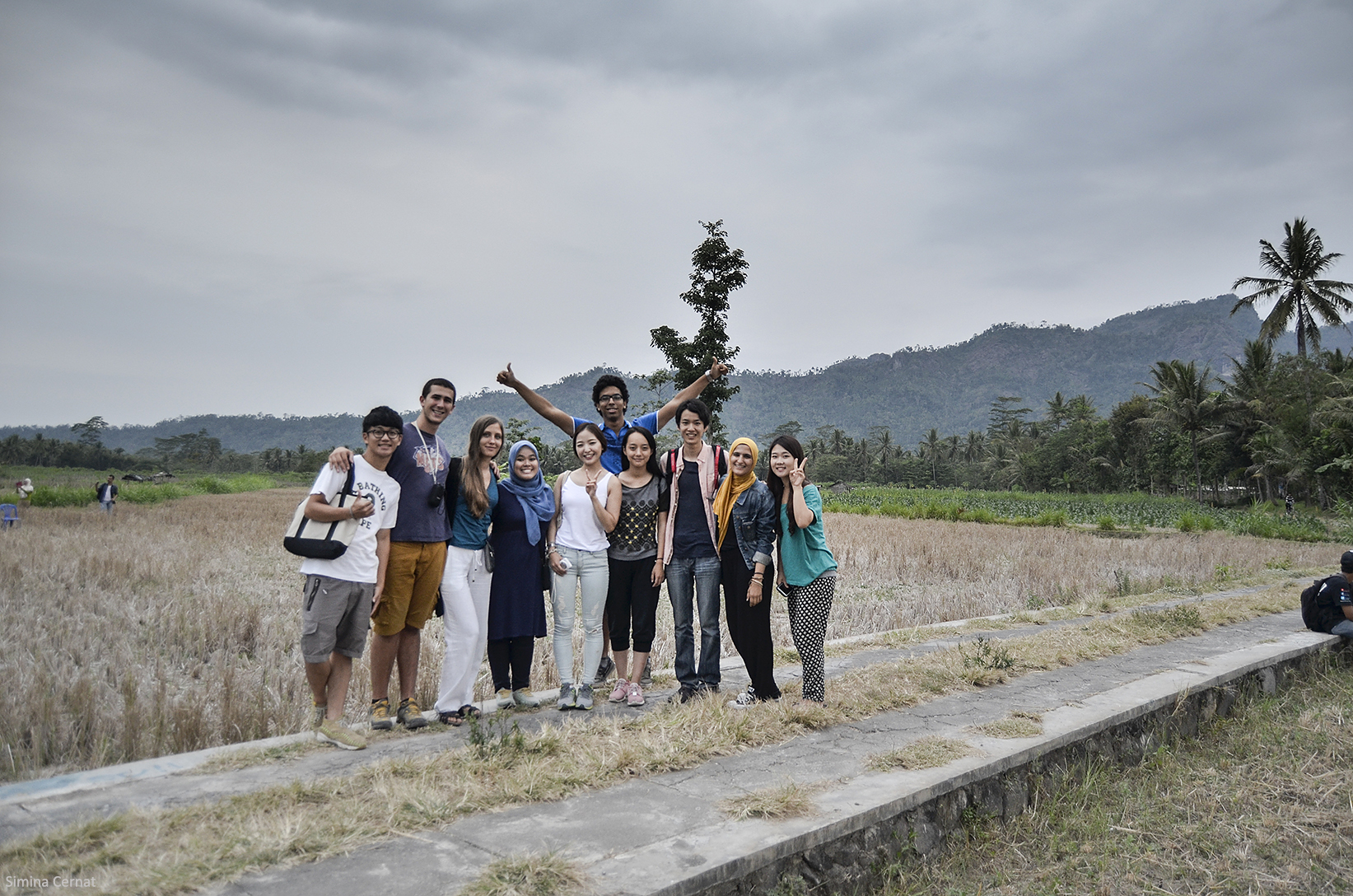 When I registered to the summer camp, I have to admit that I was a little reserved and I wasn’t that enthusiastic about it. I thought it would be something very academic and boring with some dry cultural presentation. Actually, I didn’t have much information about it or about the participants. The organizers told me what to bring and what to prepare only two days before the whole thing, so I had quite a distant attitude towards it.

In the morning when the whole thing started I wasn’t recovered yet from the cold I caught some days before and I was still very tired. I had to wake up at 4 a.m. to be there in time and still I was late. In front of the University, where the meeting was, there were a lot of students from different parts of the world, talking to each other very familiar and laughing most of the time.

I felt a little lost in space between all these people that knew each other and were already split in small groups. I was the only one that didn’t knew any of them before and at the beginning I didn’t know how to approach them.

I didn’t expect it, but it came quite natural to start interacting with them. At the beginning I felt a little awkward being between western people, I felt that I didn’t belong there after 3 weeks spent in a highly Indonesian environement. After such a long time speaking very Basic English with the people from the orphanage it took me a while to start speaking English in real phrases with a real sense.

In a couple of hours, I already felt relaxed and very well between other students. The organization of the activities was not the best in the world, so fortunately we had lot of time to interact with each other. As the time passed, I realized that this group is made of such great people that you could rarely meet in the same place and in the same time. We were people from 14 countries and apart from Lorenzo, an Italian guy that could speak Italian with me, I was the only one that had nobody to speak my own language with.

That was not a problem at all. It made me spend my time with all of them. I was really curious about everybody, about their customs, their impression of Indonesia, their life experience and culture. I was very happy to be a welcome intruder in their group that was very homogeneous despite the differences between them.

To make a resume of them, apart from Indonesian organizers that were great and open minded, there was Hailey, this Chinese girls that amazed me and totally changed the image of China that I had in mind, Lorenzo the Italian guy  that was really smart and every moment had a very developed opinion (and a sexy accent) and Yutaro, the Japanese handsome gentleman that was very polite, cute and funny every time, even when he had this very big fever (this was my team, that’s why I talked about them first).

There were also 2 Korean girls ( Yery and Lee So) that were very beautiful and delicate, always smiling and being feminine, 4 Egyptians (Nahla, Habiba, Mazen and Ahmad), all of them very intelligent and funny, one very sexy and strong Russian girl (Kseniia), one very nice and enjoyable Taiwanese (Bobby), 2 Polish (Dorota and Lukasz) at which we looked like at a film when they talked in their complicated language, and Martin, a Slovak that was every time energetic, Oleh, an Ukrainian who lived in Czech Republic, who had the funniest presentations and his humor was a lot similar to the Romanian one (very beautiful and interesting J), these 3 Dutch girls, Iris, Laura and Lotte, with a very good English and a lot of positive western energy, Yuri, a Japanese very discreet, friendly  and enjoyable girl, and of course, Vincent, a Chinese who joined us only for the first day, because he had the flight back to China.

The first thing that I liked about all these people was that they were open minded and didn’t have any prejudice about others. They respected each one’s culture, customs and habitudes and all of them had a great humor and way of making jokes without hurting anybody.

We made fun of our own culture and weird customs, about the fact that we had to wait a lot between the activities (don’t take it personal guys, for me it was fun because in this time I’ve got the chance to know the others) and about the fact that we had 5 meals per day, so technically after we finished one meal, the other one already started. I never ate so much in such a variety in my life. And the tea and coffee had sugar for a year to come. Anyway, Indonesian and especially Javanese traditional food is that kind of food that you either love it or hate it. Or both in the same time. 5 times a day.

After a one day tour in Semarang we arrived at a beautiful hotel in a village near Borobudur. It was way better than I expected. And until now I never expected to be so amazed to have toilet paper, a real shower and a mirror in my room. Our faces were very funny when we got outside the room to share the surprise with the others. And oh boy, there was also beer. How the lack of small things make us appreciate more what we have…

We were like small children that just discovered a new toy. Everything seemed like a first step in life, like we were just getting outside, in the real world, having each other and the strong connection of the essence of humanity that passed every cultural barrier.

In 5 days I lived lives. Time changed for us, so we could learn about each other, cherish beautiful moments together, funny presentations and effective work. We cared about each other and we were concerned about those of us who got sick or had any other problems.

Between some funny activities, as making masks, painting batik or trying pottery, we had some serious work to do in teams. Each team had a village assigned and we had to try to know it and to make a plan for it to help it develop and attract more tourists. Our team took the assignment seriously, we talked with the villagers, took pictures, thought at solutions and had a great time doing these things. The consequence was that we won the competition, even if each team did a great job and it was a tight contest. I really hope that our work would help the villages to improve and that they will consider our ideas and use them. Oh, and we had a make-up session with Miss Indonesia and her beauty team.

For me the whole week was from another movie. It was so different from my daily activities, so fulfilling and so full of light that I couldn’t feel any other way than perfect. Maybe some things were not perfect, it was a lot of place for improvement. There were some situations in which our different way of thinking and seeing things created some tensions between us (shortly, I didn’t agree with the Indonesian way of treating a serious medical problem and we had a small (ok, big) conflict on that subject, I mean me and the lecturers), but the thing that either me and them didn’t keep the tension inside resolved the whole thing in a natural way.

I felt a big change during this experience, a change that could not be explained in words. Even if from outside seemed a superficial thing, an excuse for the foreigners to have fun, I know that each of us passed through changes deep inside. We discovered inside us an unknown way of connecting with others, to push our tolerance limits and to understand things at a higher level.

At the end of the whole thing I was a little nostalgic to know that maybe I won’t ever see again some of the people there, but in the same time I felt happiness and gratitude for this 5 days which were like 5 lives. They told me that my eyes were bright and serene. That’s because it reflected the joy of life and the purity of the souls of everyone around me. It’s not difficult to be beautiful inside with all this beauty around. Places and people here are full of light. So I feel peaceful and full of light also. And grateful. For every single thing that I receive and every human being that I meet. Thank you, everyone for being part of my life, even for a short time.